Narges Hosseini is 32 years old and the second protester to stand up on a utility box on Revolution Street in Tehran to protest compulsory hejab. She has been in prison since that fateful Monday (January 29). In a phone interview with veteran journalist Shahrzad Hemati, Narges, explained the reasons behind her protest and the circumstances of her subsequent arrest. She spoke about her motivations from Qarchak prison in Varamin, where instead of attending Masters level courses in Sociology, she is a prisoner. In the interview she discussed her concerns and her hopes for the future of Iranian women, who have now started a new chapter in their efforts to protest inequality.

Q: Narges how old are you?

I am 32. I studied sociology. I was supposed to start my MA in Sociology at Rasht University in February. But instead I am now a student of Qarchak Prison.

Q: Can you tell us how you were arrested?

I stood atop the utility box for ten minutes, then Police from investigative branch at station 148, told me to come down and I obliged. They took me to the police station. I was there for half an hour. I was then taken to Ershad court, where the prosecutorial judge explained charged me and set my bail. From there I was taken to Vozara detention center and then to Qarchak prison. In other words, I was not detained. I was taken from the police station to the court and then to prison. I was booked into Qarchak prison between 7-8pm same that night.

Q: What did the judge say?

The judge said that if I expressed remorse for my actions, then he would reduce the bail amount [of approximately $135,000]. But I said that I had not done anything for which to be remorseful. He claimed that I had acted illegally. I explained that I didn’t agree with the law and as such, I had acted against a law to which I object. He then asked, “so you are not sorry?” And I said “no! I am not sorry.” I was then transferred to Qarchak prison in Varamin.

Q: Why did you choose Monday for your protest?

I did not want to protest on a Wednesday. I wanted to disassociate my actions from Ms. (Masih) Alinejad’s campaigns. I chose Monday, because for me Mondays continue to be Green. The Green Movement, was a non-violent movement. I tied a green ribbon to my wrist with the aim of declaring that I am not associated with anyone [Campaign or group], and if there is an association with any movement, then it is with the Green Movement. I wanted to connect these two actions to one another. The peaceful protests of the Green Movement and this protest by Vida Movahed, [who stood atop a utility box, took off her scarf and tied it to a stick in protest to compulsory hejab]. I wanted to continue her protest. These [Movahed’s protest and the Green Movement] were both beautiful actions. I did not want Movahed’s movement to die out. The judge told me that Vida Movahed had emotional problems. I responded by saying that I didn’t care about such things and as far as I was concerned [her protest] was a beautiful action and I wanted it to continue. I did not want this protest action to fade away.

Q: Tell us about your investigative court hearing.

When I was in court, the judge brought Vida Movahed’s file to prove to me that she was not emotionally stable. ….I objected saying that no matter what you say about Ms. Movahed, I don’t care. Her protest was beautiful and symbolic and I did not want it to die out, so I continued it and now others can also continue the same protest. I am not remorseful about my protest. The judge asked if I would continue to protest in the same manner once I was freed. I said that most likely I would not repeat the protest, but also said that I was not certain and that I could end up protesting again. But stressed that I was not sorry for what I had done. During the court session, I was nervous and anxious and the judge kept talking about how nervous I was. I told him that it was natural to be nervous and anxious, that I had never been arrested before. But I also stressed that my nervousness should not be taken as a sign of fear or remorse about my act of protest. I explained to the judge that I decided to protest after thoroughly researching the consequences of such an action. I told him that I knew that based on the law, I could be sentenced to 2 months in prison and I could be flogged. He said: “you know that I could sentence you to ten years in prison and even increase your bail amount?” I explained that I knew all of this by saying “I know that you can increase the 2-month prison sentence to 20 years, because after all the power is yours and you are the judge. As a person who has broken the law, I have to abide by your law. If you think that I have broken the law, you can sentence me and you can give me more than 2 months prison even if the sentence is in contradiction to your own law..” I knew all the possible consequence and prison the least of the consequences that awaited me.

Q: What does your family say?

They have been supportive. In contrast to what I had originally imagined, they have been very benevolent. After all, I am from Kashan. I am from Ravand in Kashan, and what I have done, was very radical for that small town, where everyone knows me. For this reason, I was expecting a harsh reaction [from my family], but they have been very supportive. My sisters they think like I do and my mother supports me. I was fearful about my father’s reaction, but he was calm. Now my only worry is for my parents. After all being in prison is difficult, but it is not as difficult as not having contact with my family. I endure any punishment, but can’t being out of touch with my parents.

Q Were you [politically or socially] active before this protest?

I was involved in Mr. Mousavi’s election campaign in Kashan. After the elections in 2009 and the protests that followed, I was fired from my job. I haven’t been politically or socially active since.

In general I am a calm person. I am introverted and don’t seek out such relations. For this reason, I want to stress that I am not in contact with anyone and my decision [to engage in this act of protest] was made independently., by me alone. But I wrote about my objections in Instigram and in Twitter. The only thing that I could believe in was my own action. This was not something I did because I was influenced by others or because I was brain washed. The spark was Vida’s protest and I felt compelled to do something so her act of protest would continue. 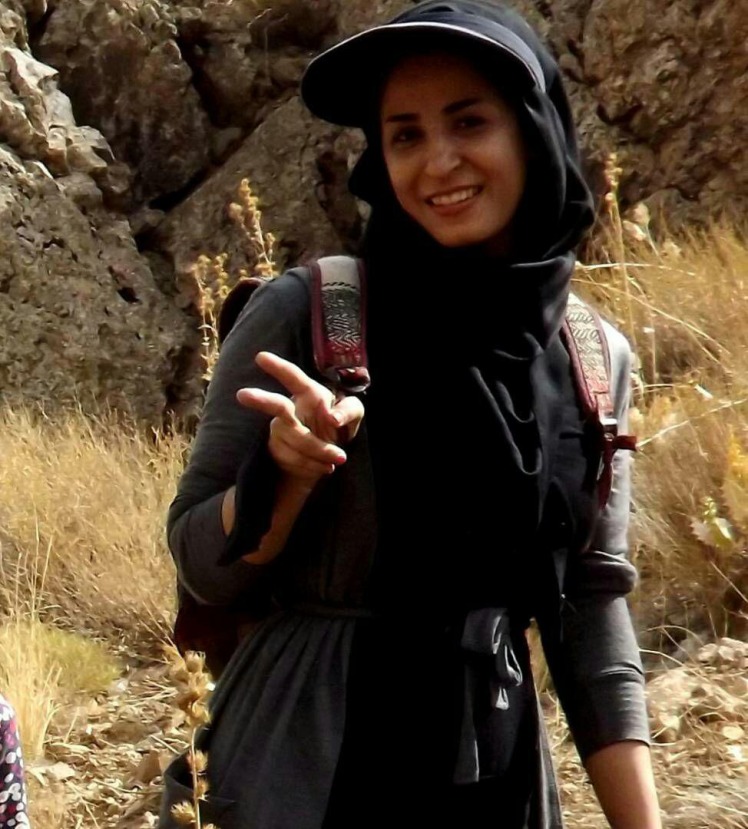 Q: How do you assess the results of these developments?

I don’t know what to say. But I also don’t expect these protests to amount to any immediate change.

Q: Are you hopeful about the future?

Yes very. Just the fact that after my protest, others have protested or will protest in similar fashion, is enough. I told the judge too, if you are worried about Hejab, I have to say that hejab does not exist in our society. I explained that I too am worried about the fact that while there is no hejab in our society, there are those to refer to what exists and claim that it is chosen by women themselves., despite the fact that it is not chosen. I want to choose my own hejab, and I don’t want to have someone tell me what to wear. I don’t want my dress to be something others call, but which is in actuality something that has been forced onto society. If I want to chose to wear a headscarf or a chador, I want it to be my own choice. I stressed in my response to he judge that I don’t have a problem with the government or the State,, but that I want to claim my rights, I want the right to choose my own dress, this is my basic right. I can obtain the rest of my rights, when I obtain the right to choose.

Q: How have others at Qarchak prison reacted toward you?

Here, everyone has been supportive [of my protest]. But I know it will take time.. I don’t think things will change even in ten years. But even if they change 30 years, I will be happy.

Q: What are the conditions in prison?

It is not so difficult for me. Well the food is not like home cooked food, but this is not a problem. My main problem here is that there is some unlawful behavior, which is common in fact. There is a lot of disorganization too. But I don’t have any problems with the other prisoners.

Q: Do you listen to the stories of the prisoners? Do they confide in you?

This is the only thing I can do,. So I listen to their stories and problems.

Q: Do you think you can amplify the voices of the women in the Qarchak prison?

In reality, when I do get out of here, the first thing I will do is to try to help some of these women. There are things I have seen here and understood in prison, that others could never understand, no matter how much I explain. Some of the prisoners are proud to be here, despite the fact that they are very young. The situation of women in the prison is not good. We have women who are in their 60’s all the way down to those who are 19 years old. I want to something to help them, especially younger ones who are very easily influenced by the negative culture in prison. 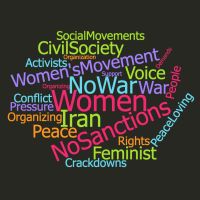 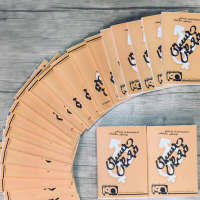 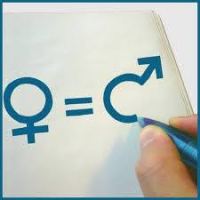 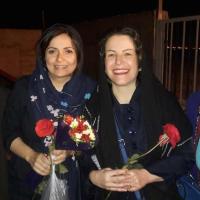 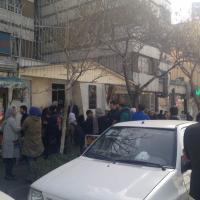 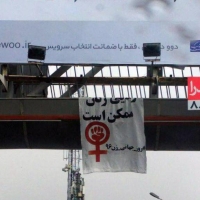